L’Oreal has come up with a high tech virtual makeup counter for customers, to figure out makeup mistakes. The new app, called Makeup Genius, was developed by L’Oreal in partnership with a company known for its facial mapping in movies and video games. This app is the first major project to come out of a high-tech incubator that the beauty company opened a year and a half ago.

To accomplish the virtual mirror effect, the L’Oreal app had to be intuitive enough to discern between the skin of lips, cheeks and other facial features. Developers said they tested lip, eye and cheek products on hundreds of people of numerous ethnicities in 400 different lighting conditions and conducted extensive studies, including how a product dries on the skin. 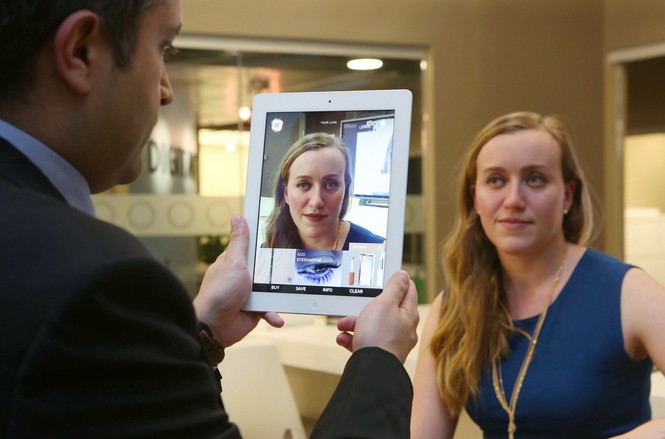 How it works : The app turns the front-facing iPhone and iPad camera into a makeup mirror that allows customers to virtually try on more than 300 cosmetic products and see immediately different looks or complete makeovers on their own faces. They can pout, sneer, move in and out of changes in lighting or shadows, and the virtual makeup stays as if it had been painted on. (A recent test confirmed that the virtual makeup will move with expressions, although vigorous head-shaking seemed to dislodge some heavy eye shadow a bit.)

Availability : Though L’Oreal plans to unveil the Makeup Genius app this week in New York and Cannes, France, during the annual Cannes Film Festival, it won’t be available to consumers until June, and this first phase will not be available on Android devices. Products won’t be for sale on the app itself — at least not yet.